A Bear-y Good Time in the Backcountry 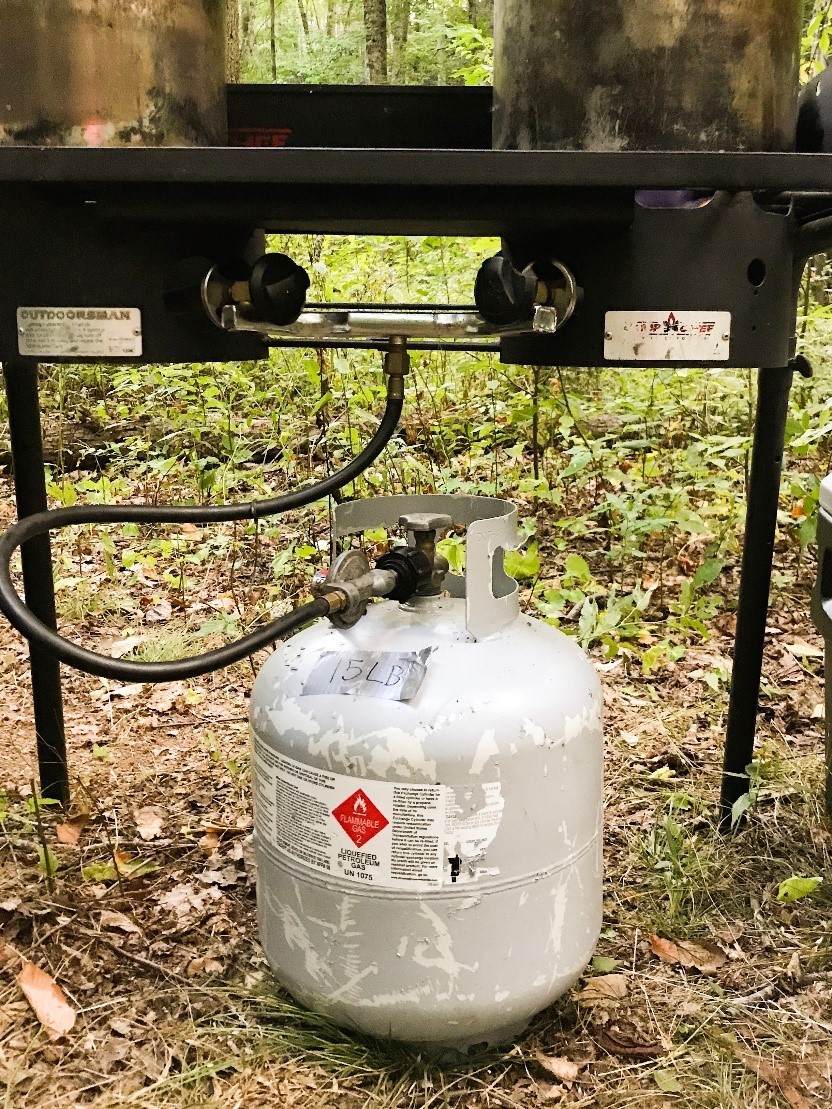 It’s 5:36 in the morning on Wednesday, September 18th, as I peer out over my paper-thin nylon hammock strung up on the edge of camp. My sleepy gaze is guided into the moonlit abyss by the sound of cracking twigs. I catch a glimpse of a small figure seeming to almost prance by our tents like a young child skipping through a playground. My awaking suspicions appear to be correct: It’s a bear! And by the sound of it, he has an accomplice. I loudly project my observation out into the darkness. “BEAR!” is the only word I can drowsily muster. Within seconds, my crew to awakens and chimes in with a symphony of erratic bangs and startling noises. Intimidated by our deceptive audio weaponry, the bears vanish and the coast is clear.

It’s 7:05 am. We’re in our quasi kitchen, washing out our bowls from a grain laden breakfast and laughing about our morning wake-up call. The sunlight has chipped away at the dawn, shining brightly and offering a false sense of security. Our attention turns to our crew member who has suddenly burst over to a wooded area about two yards from camp exclaiming and throwing rocks. We abruptly turn around to see an adolescent bear poking his head out from behind a tree. This scenario sounds like and was incredibly cinematic... A scene from a beloved Disney movie perhaps. He looked about as innocent and quirky as an animal character could. Acting just like a scout on an intelligence mission, this bear was trying to avoid having his cover, no matter how thinly veiled, blown. But it was already too late. We are hollering, throwing sticks and pebbles trying to chase this tenacious creature out of our camp. He finally concedes and departs having failed his mission.

It’s tough love out here in the wilderness. I don’t exactly enjoy scaring these very curious, very cute bears but unfortunately manners that generally apply to humans do not extend to other mammals. Especially, wild ones. I simply cannot welcome their company with a hug or leave them any gifts of gratitude. I must act like their rude neighbor that is always having parties, cooking out and never inviting them over.

This is why I cannot blame these bears for acting as any annoyed neighbors do: They retaliate.

It’s 5:35 in the evening when we return to camp after an intense day of work on the Camel Gap Trail. We quickly disperse and change into our cozier, less soiled clothes (literally) and reconvene in our two-stumps-one-table-and-a-bucket kitchen. It didn’t take long for us to discover the first casualties of The Incident: the propane tank. It seems as though a large mammal of great capacity and strength has rummaged through our claimed, or so we thought, territory. With bite marks covering the tanks exterior and disheveled placement under the stove we knew we had a visitor. As we continue review the damage, the we spot our water jugs. Bitten, chewed and then finally discarded with the damage already done. It began to feel like a reversed version of Goldie Locks and the Three Bears... go figure. Lucky for us, Goldie didn’t try out our beds for size. The last casualty appeared to be one of our water filters. It must’ve tasted “just right,” because this bear not only destroyed it but swallowed? We couldn’t find it anywhere.

It was time to adapt. We’re trail workers and no stranger to putting in the hard work to get the job done right. A bear wouldn’t deter us from relaxing under this verdant, quiet canopy six miles from civilization. We’re much too tenacious for that. So we decided to utilize the bear hang for any item that a mischievous animal might consider a snack. We hung up the propane tank, boxed the water filters and taped up the jugs. Sure, it took extra heavy lifting and time out of our day. Sure, the jugs leaked a little. And sure, we had one less water purifier. But we made it work. Our clawed, furry neighbor returned once more but only to poop on our lawn. I guess it was a Poop of Defeat because no bear was to be seen again.